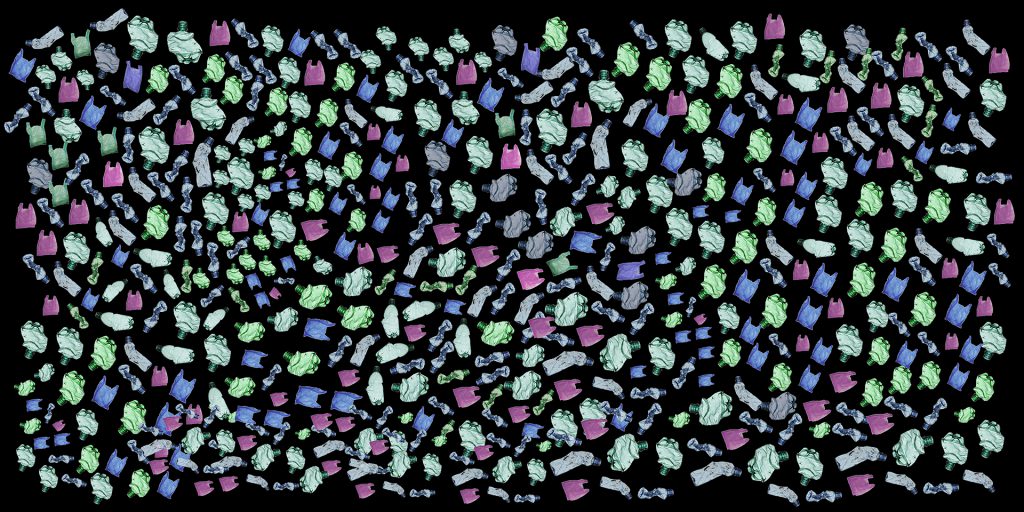 Researchers from the ARTECS (ARTE, TECNOLOGÍA Y COMPROMISO SOCIAL) group at Universidad Complutense de Madrid and students work on art and nature, have come together to create this series of projects exploring algae as a subject of art and science collaboration.

ARTIST: PAU VELARDE
TECHNIQUE: PHOTOGRAPHY (4)
Interested in the relationship between humans and nature, focusing primarily in oceans and skies. Pau captures randomness acts of daily life between them. To be aware, to contemplate and to be attached to what we have right now, what it’s real and ephemeral. •

Using the “roundme” platform, diverse images in 360º are generated to represent the phenomenon of ocean acidification. The proposal is an attempt to graphically visualize the long and medium term consequences of this problem (annual and seasonal variations). The images are made in panoramic, spherical and VR versions to allow greater interaction with the viewer and to account for the passage of time.

The platform is open to the active participation of other users who can upload their own images on this problem in order to enhance the project and generate greater awareness. The development of the project comes from talking about the consequences of this problem, using 360 images to create spaces of the past, the present and the future. We present images about the fertilization, flowering and death of phytoplankton in the world.

From the phonomenom of the red tides, whose main characteristic is the proliferation of algae in an ocean area with negative effects for the environment, we want to generate a projection in which you can recognize this change of color from blue to brown-red in a loop.

The project aims to evidence the capacity that a small organism has to make a great impact on not only the aesthetics of the water but also in the whole ecosystem in which it is produced.

“FINDING PHYTOPLANKTON” is a series of six game type stickers distributed in different areas of the exposition. The images that these six stickers contain are similar to a QR code. Through mobile devices each Phytoplankton can be visualized in 3D.

In order to visualize the different stickers in 3D, an app must be downloaded. www.augmented.com/augmentes-reality-apps/

Applying the logic “to make visible the invisible”, we took as reference a specimen of a phytoplankton – Emiliania Huxleyi – and a zooplankton – Limacina Helicina – to make visible scientific parameters of real erosion and degradation provoked by the increase of CO2 in Oceans.

The CO2 dissolved in the water also increases the concentration of the hydrogen ion in the water, thus lowering the pH. It has been reported that this decrease in pH will have negative consequences for marine organisms, especially those that use calcium carbonate, calcite or aragonite, to build their cell covers or skeletons.

The artists used 3D modeling to create the series, magnified the scale of representation and stablished three phases of erosion to make visible what can only be seen under microscopic observation.

Collection of different stone corals. Stone corals are affected by the OA, dying and leaving their skeletons in the ocean. With this ceramic collection we aim to show how living corals give color and diversity to the sea bottom.

This Project is born at the need to alarm the public about the acidification of the oceans and the main objective is to establish a place to reflect on the issue and the damage it causes to many of the species.

This piece proposes a trip through the senses of pain, anguish, suffering and agony that many sea species suffer as well as catastrophes that have drowned many cities in the past. It is a political narrative, of taking control on our world, our environment and the role we play in it; what we live, what we under estimate and what we and others suffer.

Agony: the sound map is constructed from this concept; we consider that agony is the last stage of that long chain of acidification and the last moment that intercedes between life and death, is the final stage, is the fine line of the last time of consciousness, both for humans and for marine species.

This work is a series of points and associations about the world of ocean and the human and the effect of human activity. The ocean for us is a source of oxygen, food, minerals, oil, gas, but also, a universe of beauty and mystery. The sea and the phytoplankton in particularly, is the lungs of the Earth, producing the major part of the oxygen of the planet. Our human actions, our technology are not without trace, it affects the nature.

The series consist of twelve drawings that treat the questions and associations with the maritime environment, which is vast and fragile at the same time. The fragments of the nature in the ocean meet the fragments of the human and industrial activity that takes advantage of natural resources. The sea plants, the ‘portraits’ of the inhabitants of the ocean, the evidence of human pollution, the oil barrels, oil industry, the industrial and human garbage have become part of the maritime landscape and this mysterious world under the water.

This work wants to make this confrontation visible. It creates a ‘timeline’ of visual thoughts that ask for a confrontation of the evident problem created when the world of nature meets the industrial, capitalistic presence. When face the problems we can think about different way to look for alternative solutions, that are more friendly for the environment and for us.